Since the beginning of the Corona pandemic in the Gaza Strip,  the Palestinian Orphan Home Association, rushed to provide food aid to poor and impoverished families in all governorates of the Gaza Strip.  The association provided food baskets of the basic groceries in addition to vegetables parcels , aiming to support the poor during the  Corona epidemic in two consecutive stages.

For his part, Jaber Ayyash, the head of the Palestinian Orphan Home Association, pointed out that “his association, will never forgotten the their people in Gaza Strip  ,and will not forget them and the association will continue support them  in the darkest circumstances. Thousands of Gaza families benefited from its aid that was distributed in all regions.

He also added that the Association is now preparing thousands of new food parcels as a third stage in order to be able to distribute them to new numbers of poor people who didn’t obtain these parcels in the first and second stages of distribution.

Ayyash appealed to the good people  all over the world :   world associations, institutions and individuals to provide quick aid to the people of the Gaza Strip to provide more funds for the benefit of the poor, needy and trapped in the Gaza Strip, especially after the curfew on the people, the suspension of work, and the increased need for foodstuffs.

Finally, Ayyash thanked everyone who had a positive role in providing aid to the poor people, also he has appreciated the great work of the association’s staff and encouraged them to continue this great work and their charity duty to continue to perform their charitable role despite the difficulty of work in light of the spread of the virus. 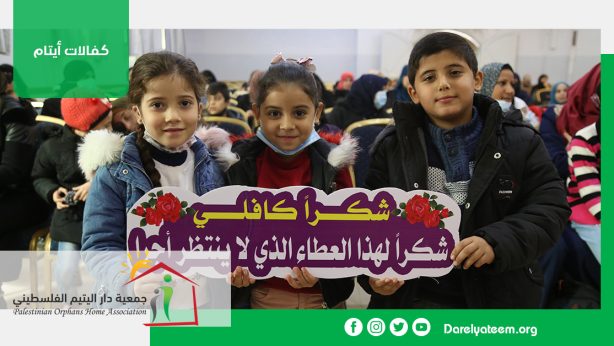