Hundreds of orphans in the Gaza Strip, on Tuesday, staged a protest, denouncing the closure of bank accounts and support outlets designated to help them.

Representatives of associations and institutions concerned with the care of orphans participated in the stand, which was organized in the Gaza port, west of the city, and this included a speech on behalf of children to the world in both Arabic and English, and poetry and the flying of balloons in the air.

The director of the Palestinian Orphan Association said in a speech during the event, that we suffer a lot to continue serving nearly 17,000 orphans in the Gaza Strip, the suffering is due to closing dozens of accounts and narrowing the support outlets, which are the only outlet through which goodness reaches our orphaned children.

The director of the association confirmed that civil institutions, charitable societies and orphan sponsorships in the Gaza Strip suffer from the difficulty of financial transfers to them, which has created a severe cash liquidity crisis in the Strip, causing the closure of a large number of them.

He added: “We send a humanitarian message with all the meaning of the word to the Arab and Islamic community and the free people of the international community to rescue the orphans of Palestine and extend your merciful hands to them and do not leave them without support.”

He pointed out that the last aggression was the most ferocious, it did not differentiate between stones, trees and humans, and it wiped out entire families.

The Director of the Orphan Home Association explained that about 60% of the Gaza Strip’s population are children, as they are the most affected by the aggression and siege socially, economically, healthily and psychologically

In a speech on behalf of the children, the child Fatima Al-Khalili said that we have lived through the arrogance of the Israeli occupation from siege, killing and destruction, and we sleep on groans, cries, and the sound of missiles and planes.

She added, “I miss the electricity light that they deprived me of, due to the Israeli siege that threatens our childhood and deprives us of our basic rights and needs.”

The girl Al-Khalili called on all international human rights organizations and the world to provide relief to children in Gaza, especially orphans, and to stand by the Palestinian people. 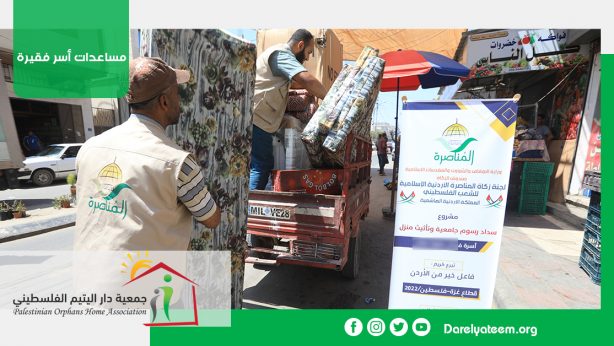 Palestinian Orphan Home Association implemented a project to pay tuition fees and furnish a house for a poor family    .

Palestinian Orphan Home Association has implemented a relief project for... 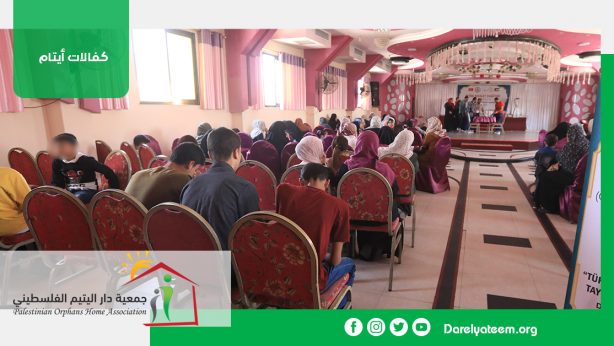 Palestinian Orphan Home Association has distributed sponsorships for the month...